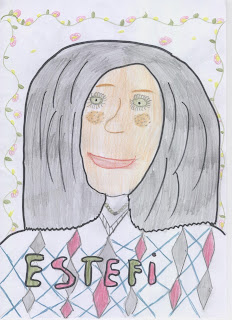 Names are interesting to me. If you've read my past posts about trendy baby names* (see http://teffsinbrasil.blogspot.com/search/label/baby%20names), you might have guessed that I think one's name is important, interesting, and often painful and/or hilarious. Consequently, the opportunity to give someone else a name is a task that should be taken very seriously, whether you're naming your new goldfish or your firstborn child.

My own forays into naming started with my stuffed animals. Among my naming triumphs were Aunt Scissors (a bear), Drool (a camel), and Chad (a boy baby doll). Then, I ventured into real pet naming: Muffin (a kitten), Fred and Ted (fish), and Towser Ivy (a dachshund). A lot of deliberation went into all of these names, especially Towser.*

Naming a dog is a big deal for a seven year old, of course, but it doesn't compare to naming a child, because dogs won't ever get teased by other dogs at dog school. I really think that's the main factor that parents ought to consider while naming their child: what horrible, twisted permutations of this name will the kids at my child's elementary school come up with to make my child's daily life miserable? Fatima may seem like a beautiful name now, but give it six years, ya know?

Although, I'm not totally convinced that all the name-related taunting that goes on in school is really such a bad thing. Whatever doesn't kill you makes you stronger, right? I mean, Tim Allen's original name was Tim Dick, and look how well he turned out! 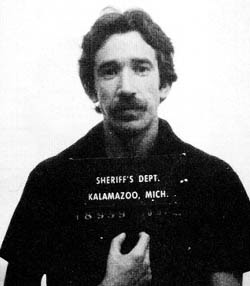 I do believe, though, that naming your daughter Dorcas or your son Gailord will force her or him to be a stronger person in the face of adversity. It's like training for a marathon in Mexico City: the smog and the elevation and the floating smell of poop will make running the Boston Marathon so much easier in comparison, right? Same thing with naming your kid Ebenezer. If he can get through those 12 years of school without becoming a high risk runaway and/or seeking emancipation, he's good for life. Right??

Now, I am pretty sure I won't actually do this, but I've always been tempted to give my future children first names (or at least middle names) that I personally like, but that are objectively awful. I happen to like a lot of names that I suspect people would regard as "unconventional" (meaning: ugly). When I was a kid, for instance, I was convinced beyond a doubt that I would name my daughter either Merle or Eilish. EILISH. The taunts practically write themselves: it wouldn't even take a creative bully to realize that my child's name sounds only slightly different from a piece of hair designed to keep debris out of one's cornea. I liked the name, though: it's Irish, it's delicate, it starts with an E. And, confession time: I still like that name. Don't worry, future kid, I won't actually name you Eilish. But Merle's still on the table.

I'm not advocating giving your kid some ridiculous name like Orangejello or Lemonjello (actual brothers) just to test the kid's acumen, but I'm just saying: every kid is gonna get teased, so you might as well toughen them up early. I think my mom was thinking along these lines when she suggested to my dad before my birth that they name me Petra Sanchez, after her great grandmother. Just to clarify, Petra Sanchez would be my first and middle name, to go with our decidedly un-Mexican last name. God help us all. 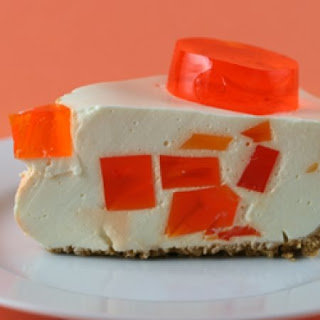 * I had also toyed with the name Bowser, but Towser seemed a bit edgier
Posted by Steph at 6:58 PM